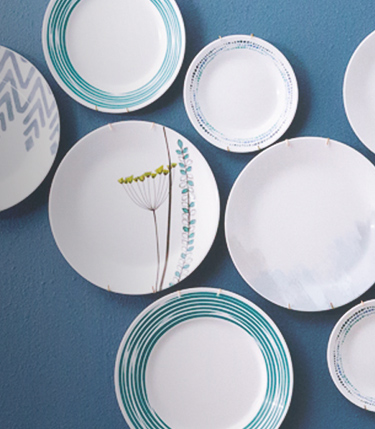 Corelle Brands designs, manufactures and markets products for cooking and sharing food. Our portfolio of brands has been in the homes and hearts of families across the world for over 100 years.

Our brands inspire passion, evoke treasured memories, and help make new ones. We are constantly motivated and inspired by the feedback our consumers share.

“Pyrex products have been treasured and passed down, in my family. I couldn't make a lot of good dishes without them.”

“Thank you Pyrex for making a fantastic product. I love baking with my Pyrex bread pans. The bread always turns out perfect and never sticks.”

“I love Corelle and probably will never use anything else as far as dishes go. With 2 kids and another on the way, it definitely is nice not having to worry about anyone breaking anything!”

“I love Corelle. I have three full sets, plus three sets of winter themed styles. I love the durability of Corelle and the many, many beautiful designs.”

“My whole life I have had many wonderful family meals with our Corningware.There is nothing that has come close to the quality and usefulness of Corningware.”

“I don't know what it is about CorningWare, it is my one vice. I love it.It's basically a forever product.”

“I love my Snapware. I've even caught people trying to off with it!”

“I've got four sets of Snapware! Love love them! I still need more!”

“Investing in a full knife set from Chicago Cutlery was one of the best things I've ever done. It was worth the money.”

“Love Chicago Cutlery knives... simply to me the best for weight balance and having a lifetime warranty... can't beat them in the kitchen.”

Our brands inspire passion, evoke treasured memories, and help make new ones. We are constantly motivated and inspired by the feedback our consumers share.

Born of innovation, each of our brands has led their respective category with products designed to meet important consumer needs.

Offices around the world

Corelle Brands is made up of a team of employees working in offices around the globe. We have manufacturing, product development and distribution operations in the United States and the Asia-Pacific region, and retail channels around the world.

Corelle Brands is a collaborative global organization fostered by leaders committed to growth through innovative products and outstanding consumer experiences.